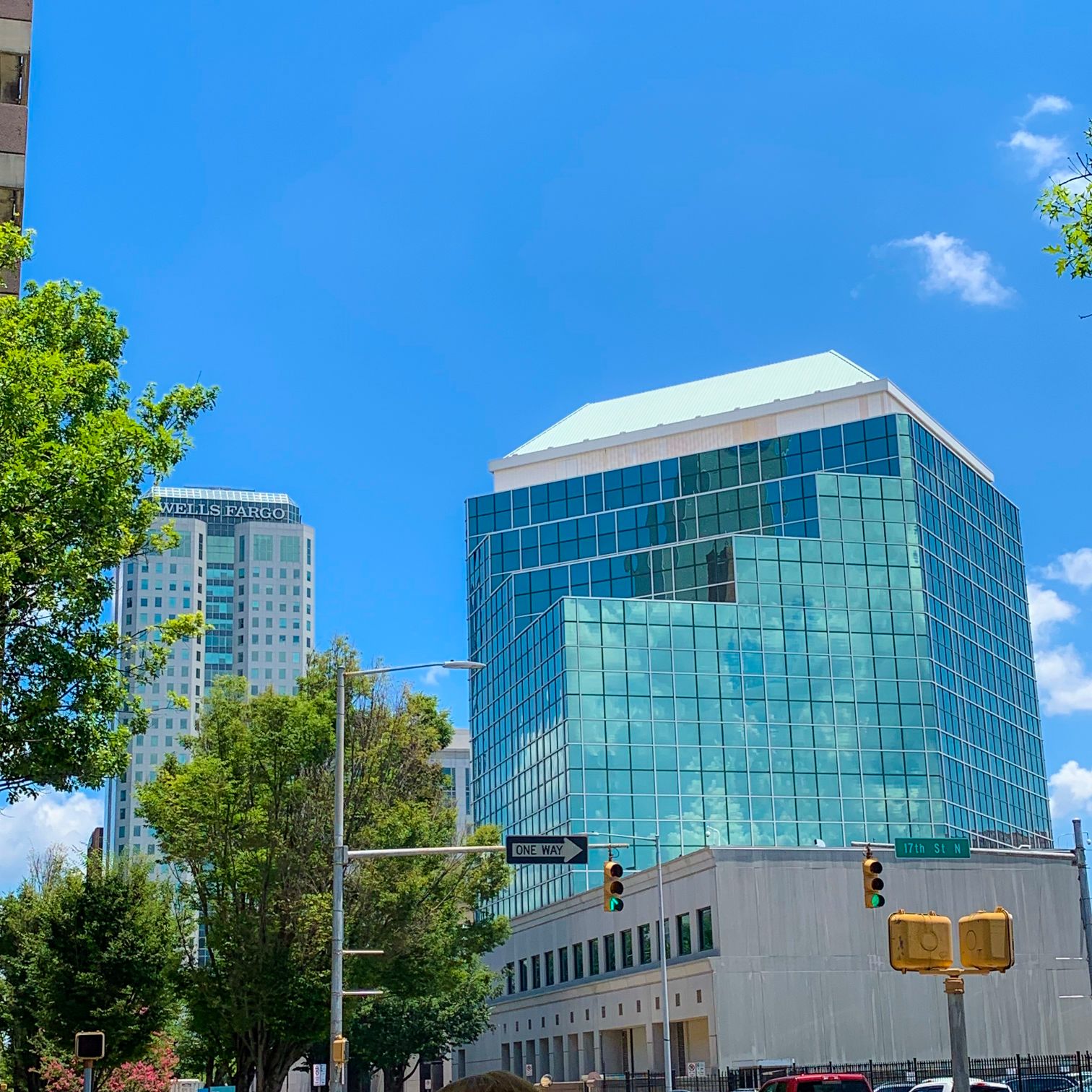 If you've been following me on social media, you know that I took a vacation a few weeks ago. I am finally decompressing on that trip, and I'll be sharing mini-guides to all the cities we visited. The first city I'll be sharing is Birmingham, Alabama.

Are you looking for more southern city guides? Check out my guide to three fun days in Atlanta, Georgia or my guide to a relaxing vacation in Biloxi, Mississippi. 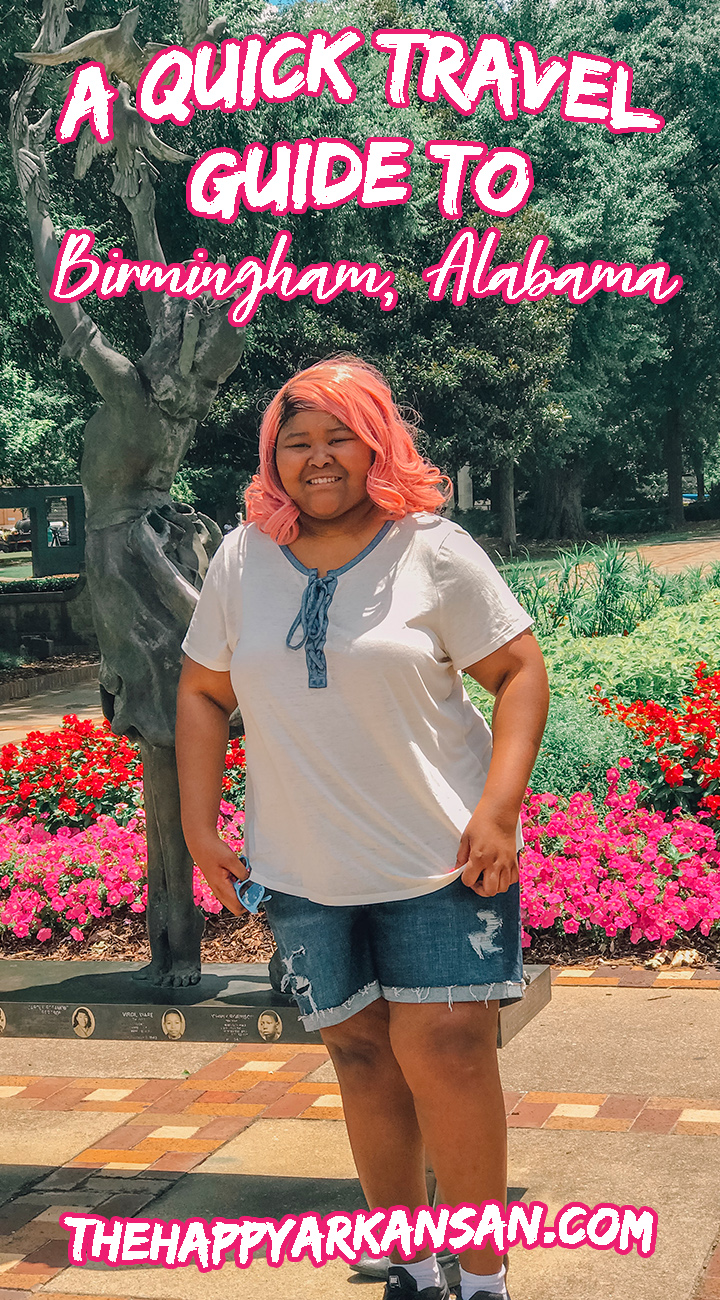 We didn't have nearly as much time in Birmingham as I would have liked. I need to spend more time in this city. We got to explore quite a bit, though, and what we did get to see was amazing. Our time in Birmingham got shuffled around a bit but in the best possible way. I'm going to share the places we ended up going as well as some of the things we didn't get a chance to see.

One of the main reasons my family and I wanted to go to Birmingham was to see the Sixteenth Street Baptist Church. My dad's uncle was the pastor of this church during the bombing in 1963. We were finally able to get to Birmingham to see this historical church. We went on a Monday, which is usually a day when the church isn't open. At best, we thought we'd see the outside and get some pictures of the sign and the steps of the church. 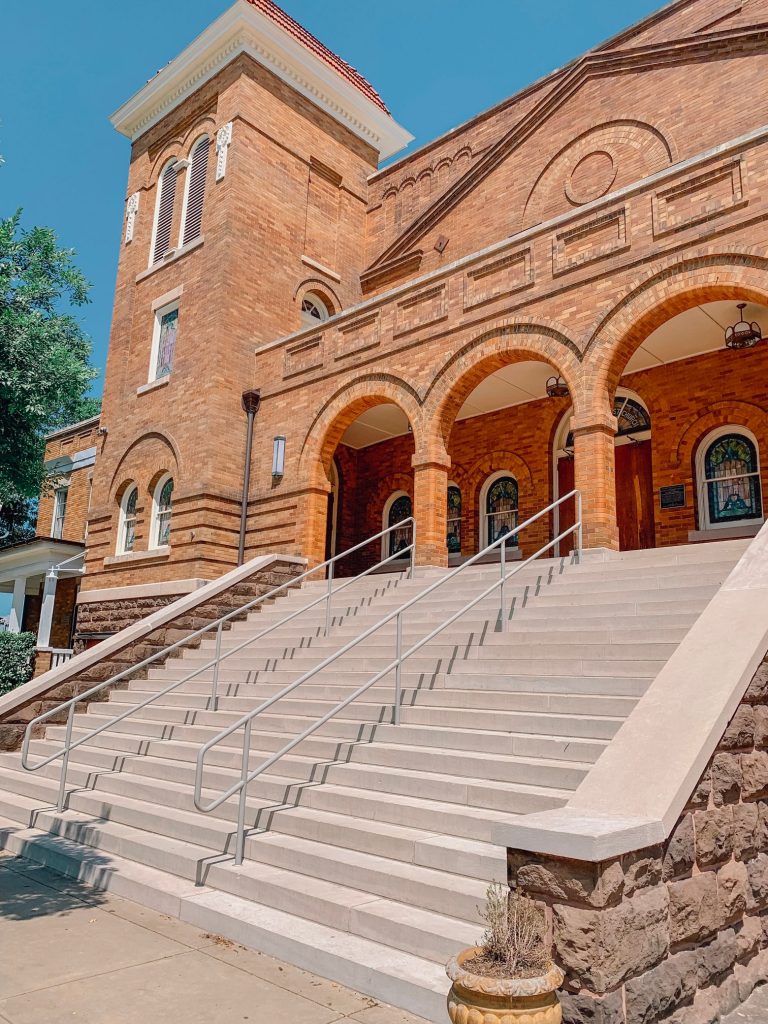 Little did we know, they were holding a special event, and we arrived at the building just before they let everyone in. The church was hosting a free mini-concert to commemorate songs from the Civil Rights Movement. We got to see the church in all it's beautiful glory. I am so glad that we visited the church when we did. 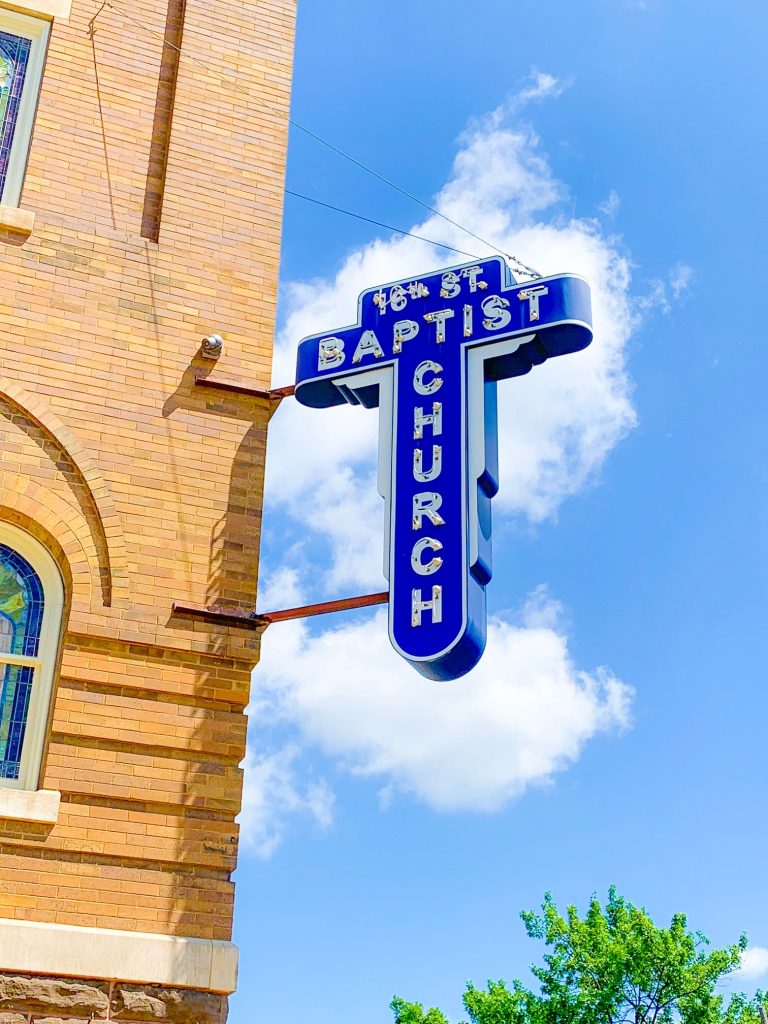 Next, we went to the historic Kelly Ingram Park. This place is right across the street from the Sixteenth Street Baptist Church, and it's a beautifully done park. Many sculptures around the park are significant the Civil Rights Movement, including a statue of Dr. Martin Luther King Jr. 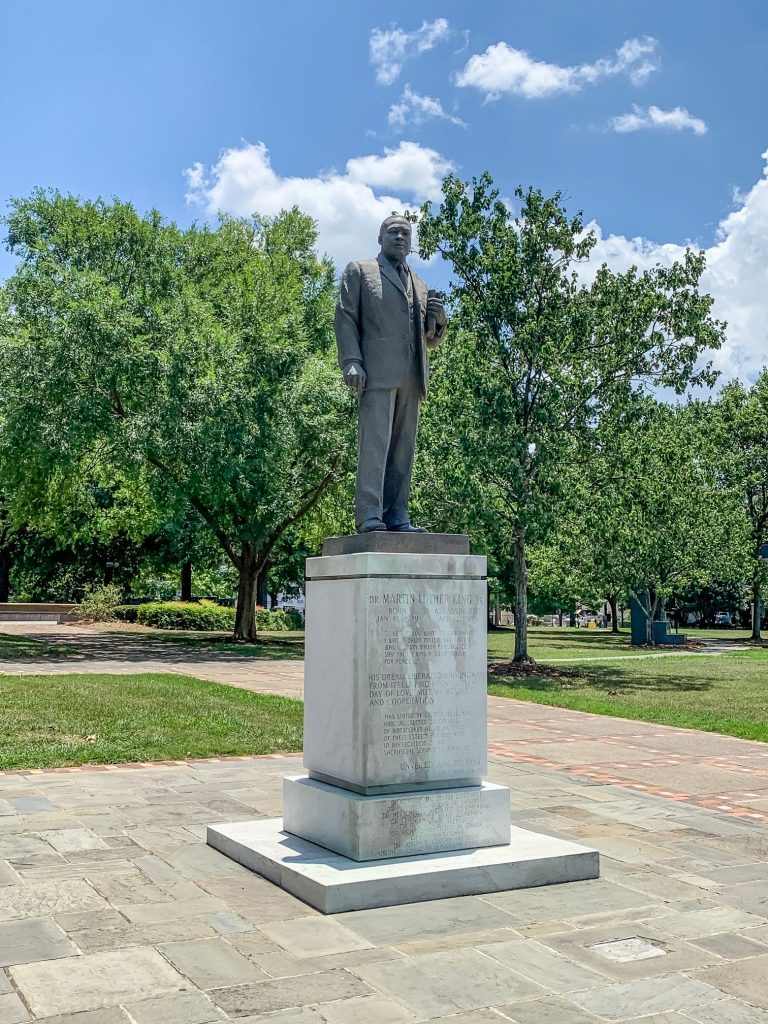 This park is significant because lots of Birmingham protests started in this park. Specifically, in May 1963 one of those protests that involved students were seen across America when the public safety officer, Bull Connor, used Birmingham police and firefighters to attack the students with firehoses, dogs, and mass arrests.

I've learned about Kelly Ingram Park in history lessons and books. It was so interesting to stand in the same park that all of this took place. 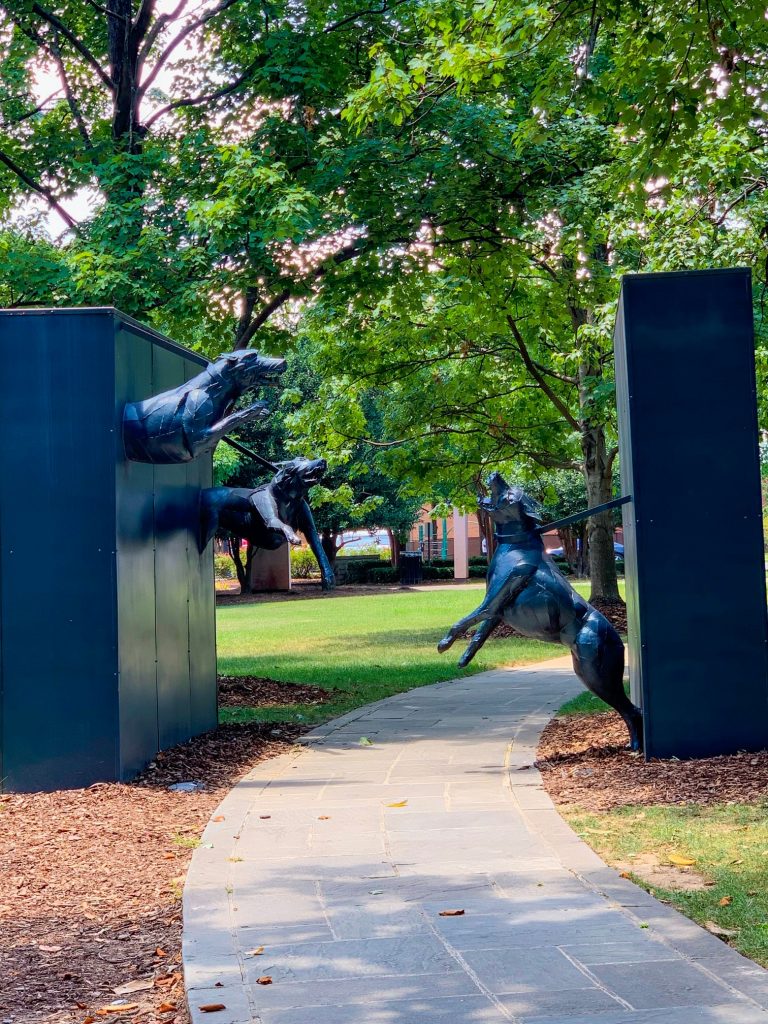 Here are some ideas we didn't get to but will be on our list if we ever make it back to Birmingham, Alabama.

READ NEXT:  A Look Inside The Brooks Museum Of Art In Memphis, Tennessee

If you know me, you know I love a good meal on vacation. Honestly, if I ever traveled alone, it would probably be all the places I ate. We managed to go to a few cool places while we were in Birmingham.

The first night we were in Birmingham, we were kinda tuckered out from traveling all morning. Instead of going anywhere fancy, we ended up getting Grubhub delivered to our hotel room instead. We were in the mood for Chinese food, so we checked out Mr. Chen's Authentic Chinese Cooking on Grubhub. I ended up getting broccoli chicken, and it was delicious. 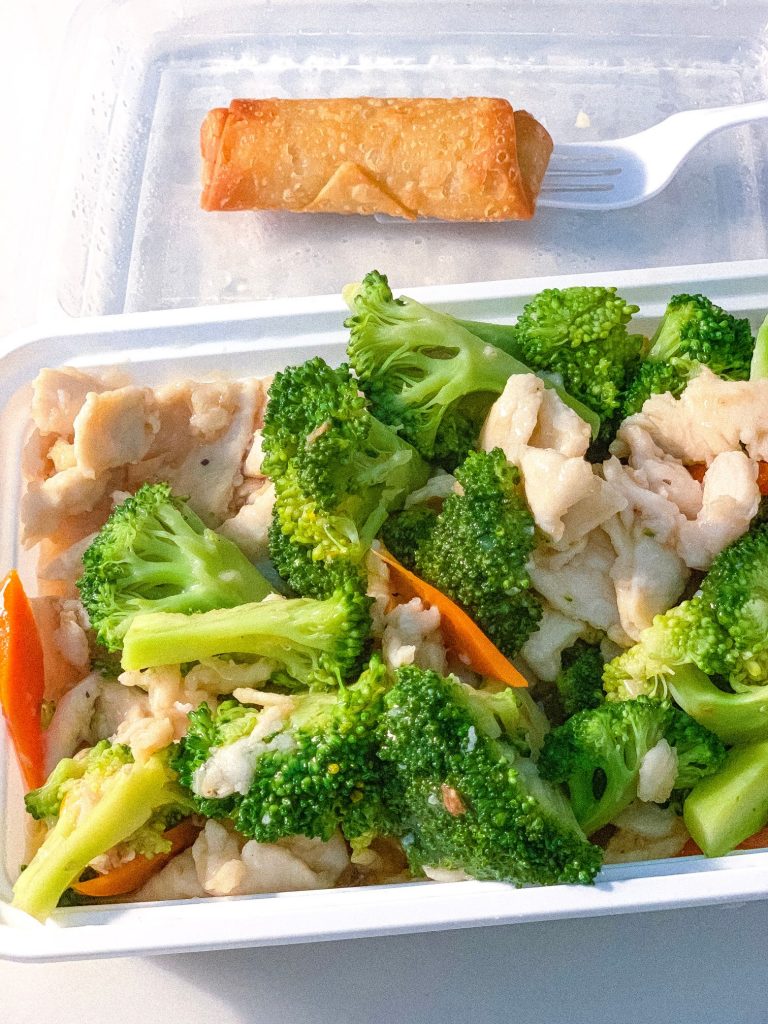 For lunch on Monday, we ended up going to this amazing restaurant called The Fish Market | Southside. They had some of the best fried okra I have ever tasted and some delicious seafood. I got this phenomenal seafood paella with grouper, shrimp, andouille sausage, and mussels. It was everything that seafood dreams are made of. 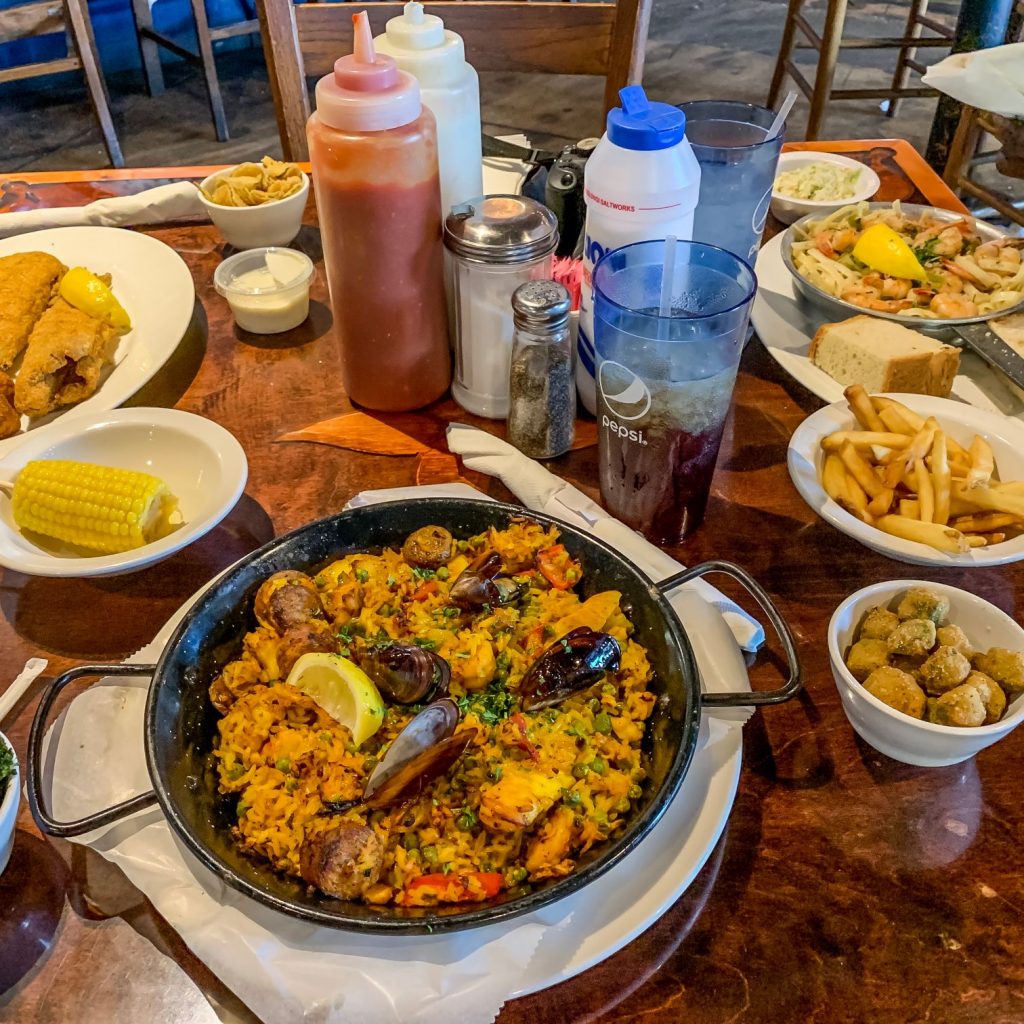 On Monday night, we ended up exploring the Five Points South area of Birmingham, where our hotel was. For dinner, we stopped by Black Market Bar & Grill, and I had some delicious and maybe a bit greasy quesadillas. When I was looking at the menu, these quesadillas caught my eye because the name was a play on words, they called these quesadillas the Feta The Ezra Quesadillas. Get it? Feta Than Ezra = Better Than Ezra.

Anywho, these quesadillas included ground beef, feta, tomatoes, and olives. They were served with some grilled veggies that made the perfect side for this bar food. 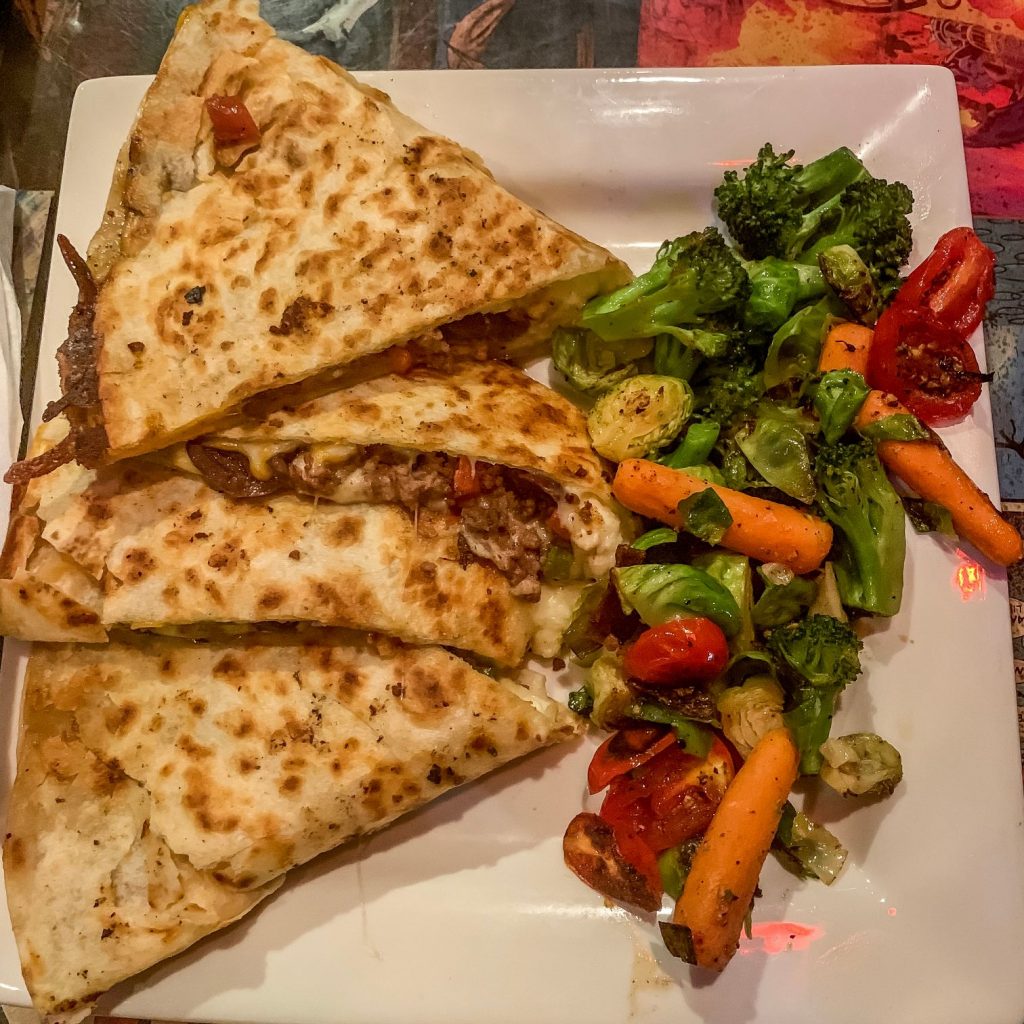 Figuring out where to stay in Birmingham proved to be challenging. I wanted to be where the action was, but Birmingham just isn't set up in a friendly way for where we wanted to be. We ended up staying in the beautiful Five Points/UAB area, and it was a great location.

We booked our hotel via Hotwire, we ended up getting the hotel we wanted, but at a discount, because the hotel was on a New To Hotwire Hot Rate Deal. Did you know that even Hot Rate Deals aren't super random? You can usually get an idea for the hotels you might get by clicking, “What hotel will I get?” Hotwire can't tell you an exact name, but you will have some options that way you can narrow it down. 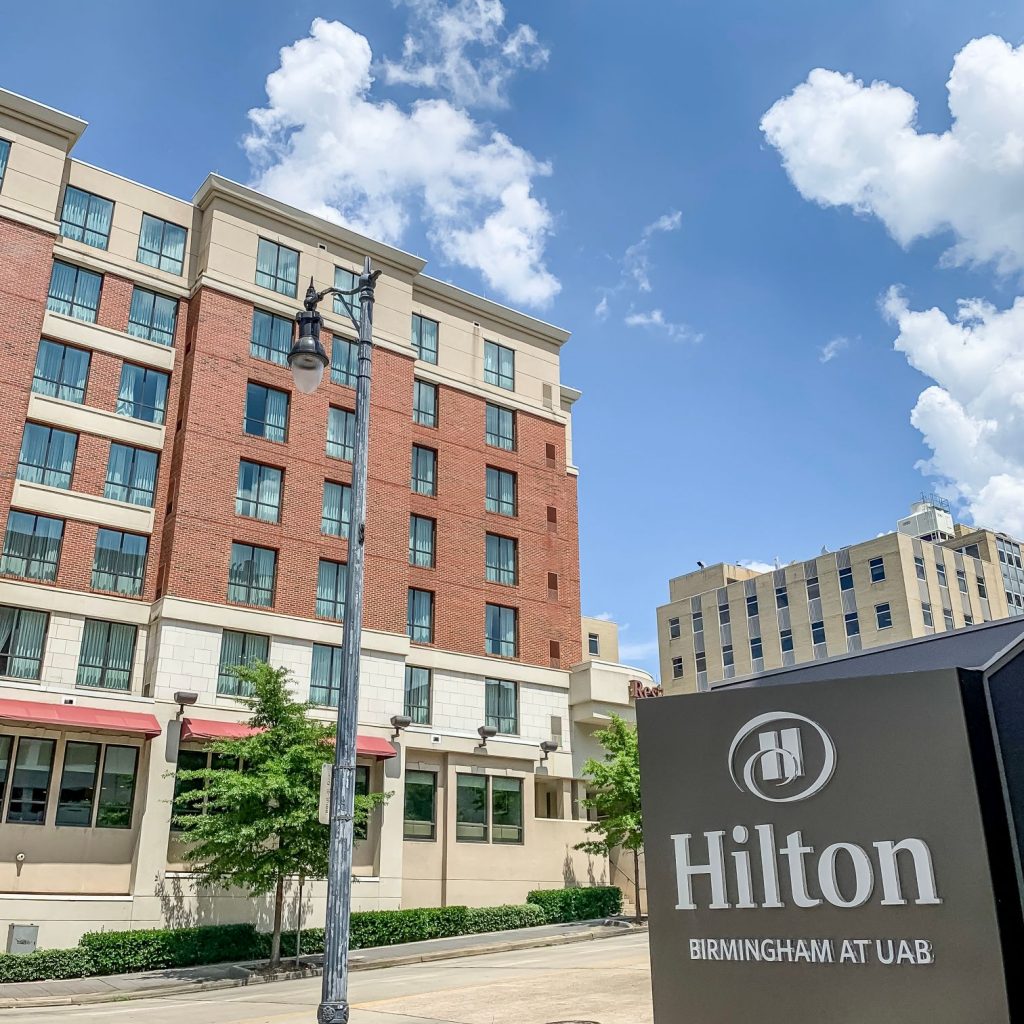 If you are looking for a great hotel to stay at in Birmingham, this is probably the best one! It was as centrally located as you could get, it had a shuttle that took you within a mile of the hotel, and it has an amazing bar and restaurant located in the hotel.

One of my favorite parts about this hotel was the bar and restaurant. I didn't end up eating any of the food, but I had a few drinks from the hotel that I thought were amazing. 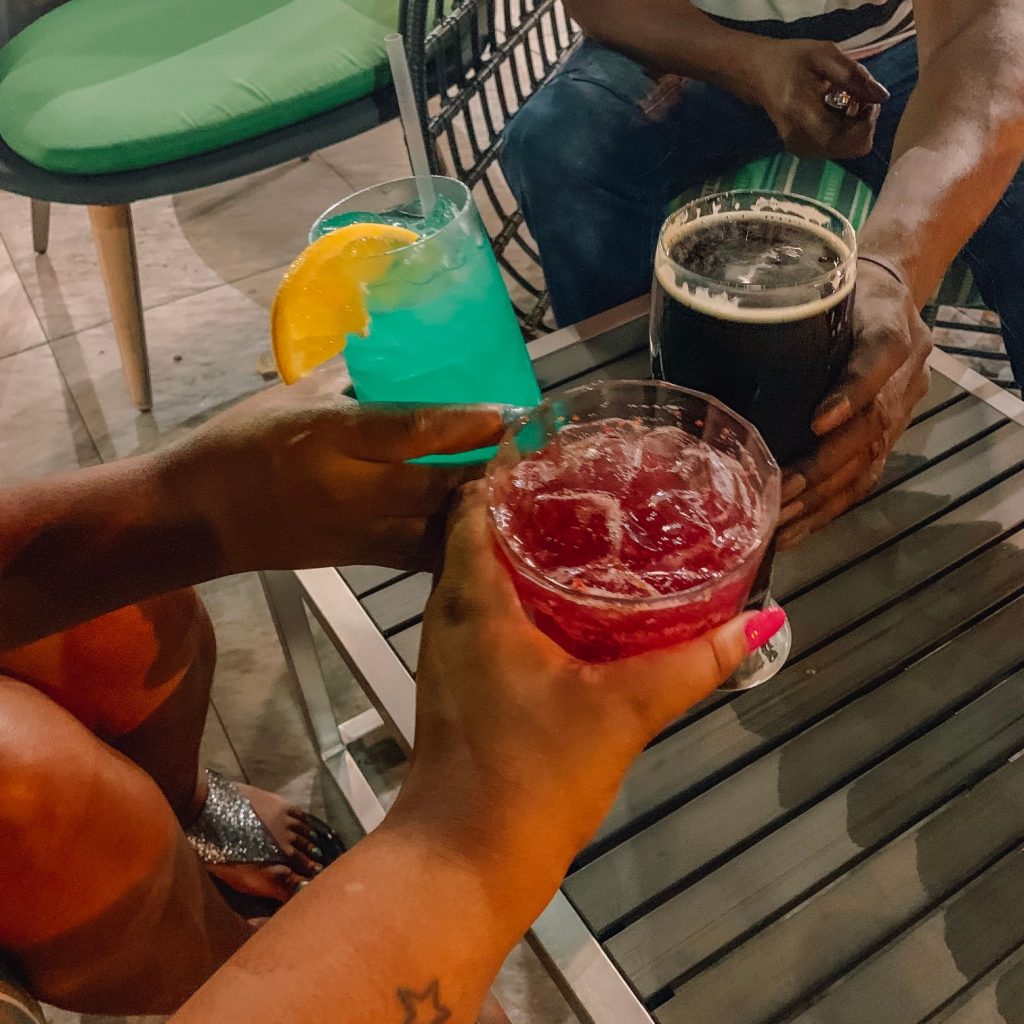 The first night I had the Market Punch, which was a mix of ruby port, lemon, apple, ginger, and pink peppercorns. I wasn't the biggest fan of the peppercorns, but the drink as a whole was fantastic. I want to try making this at home, sans peppercorns. 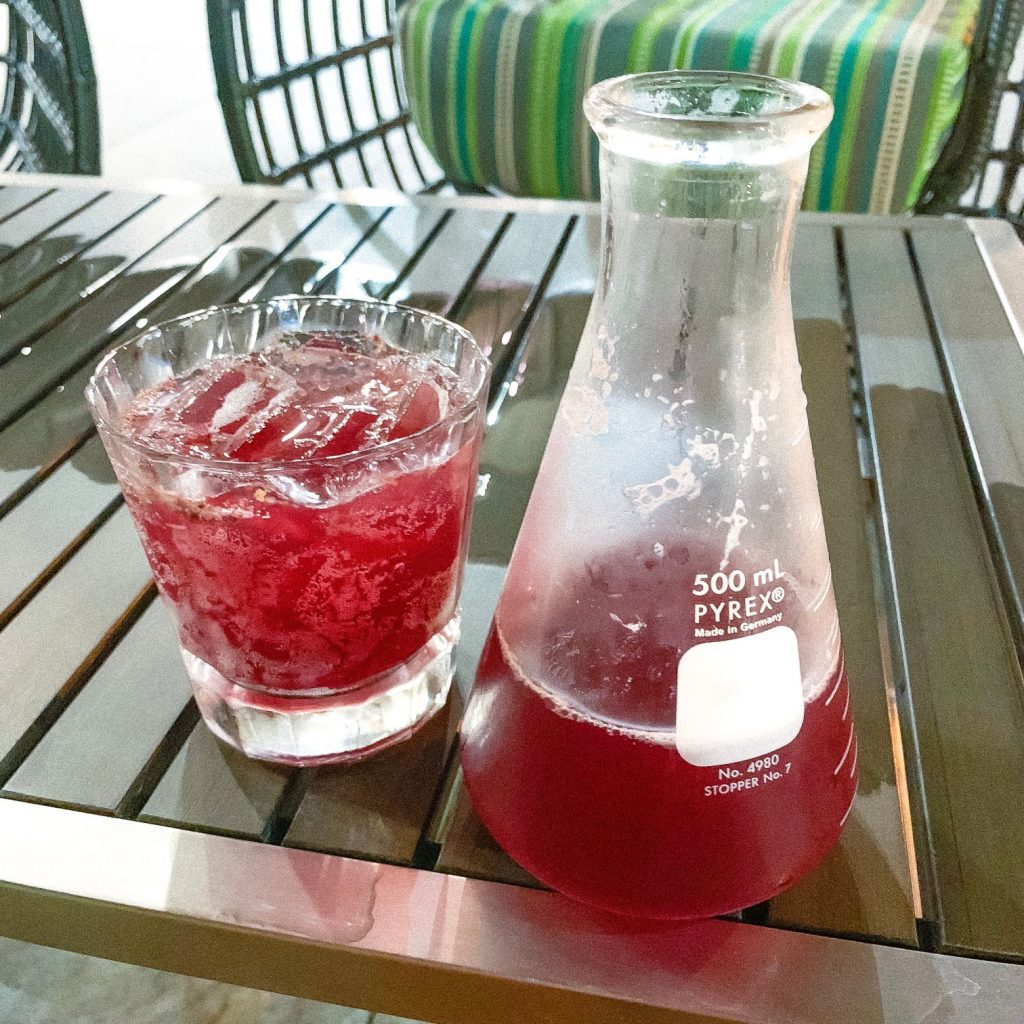 Next, I also had the Real Sweet Tea the next day by the pool. This drink is a mix of Four Roses Yellow Label Bourbon Whiskey, Sambuca, Lemon, Cane Syrup, and Mint. It was strong, but once you let it sit for a bit, it was great! If you like a good Long Island Iced Tea as I do, you'll love this drink. 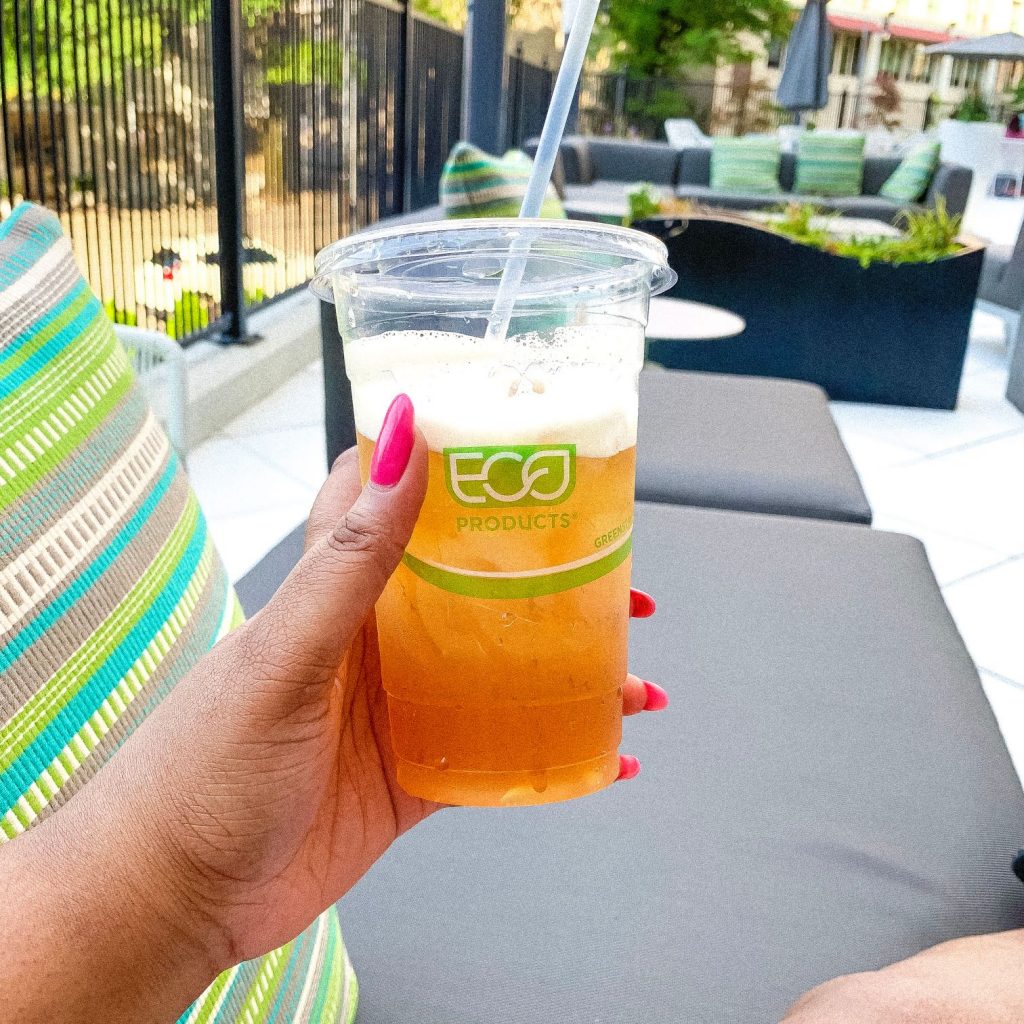 I didn't get any images of the hotel as I should have, but it was a nice sized room. I never felt cramped, it had a small fridge in the room, and there was plenty of space for the three of us in the room.

As for the extras at the hotel, there are several areas to lounge around and a small pool to swim in. I loved staying here, and I would've liked a few more nights here. 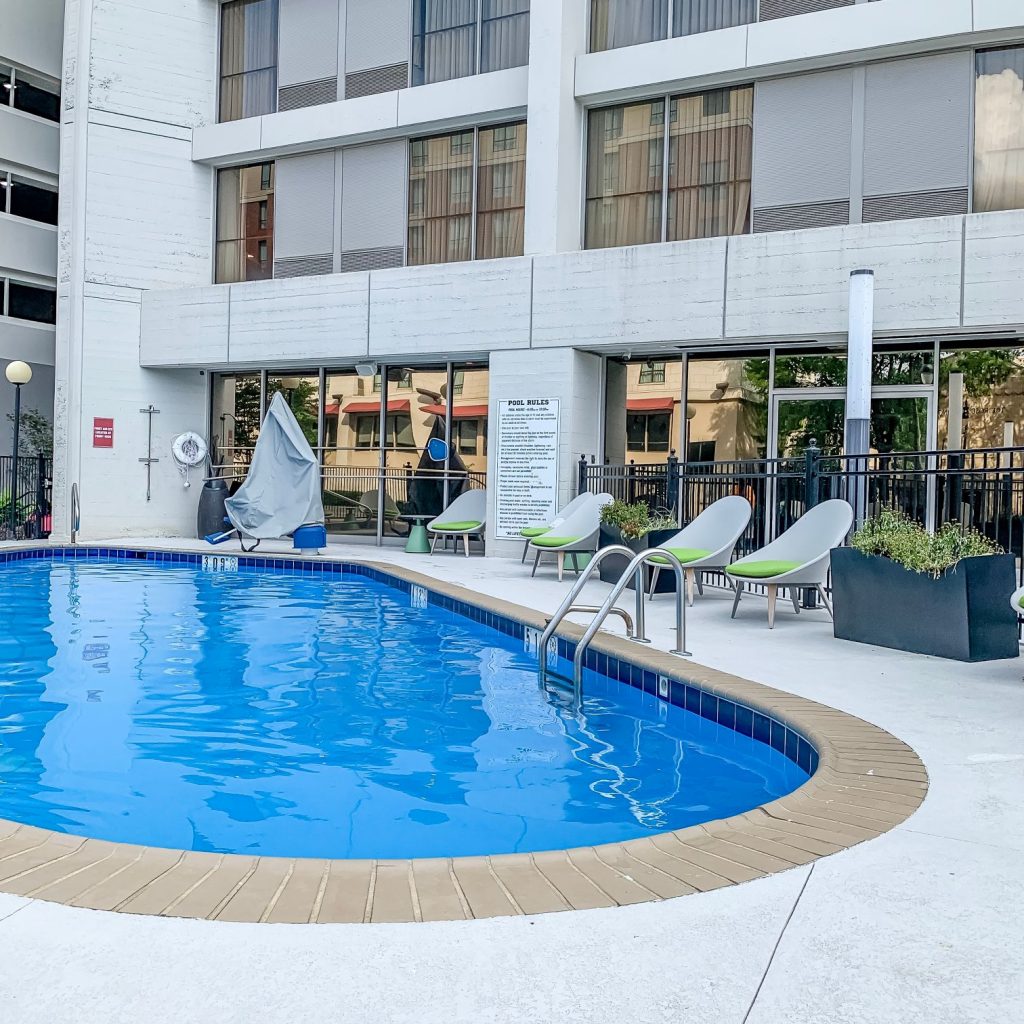 Overall, I don't think I could have picked a better hotel, especially for the price we paid.

Overall Birmingham is pretty easy to get around in as a visitor. I used Lyft to get around, and I was always close to a driver. My hotel also had a shuttle, but they weren't all that helpful, I believe we rode with them once during our time there. Otherwise, it seems like all they did was take people back and forth to the airport. There is also a bus system that goes throughout downtown Birmingham.

Birmingham is a city that is very much so under construction, it seems. The traffic isn't awful, though, even with the development. When I talked to one of my Lyft drivers, she commented on how it was a pretty easy city with not a ton of traffic. Birmingham is a bigger city at 210,000+ people, but it's not enormous! 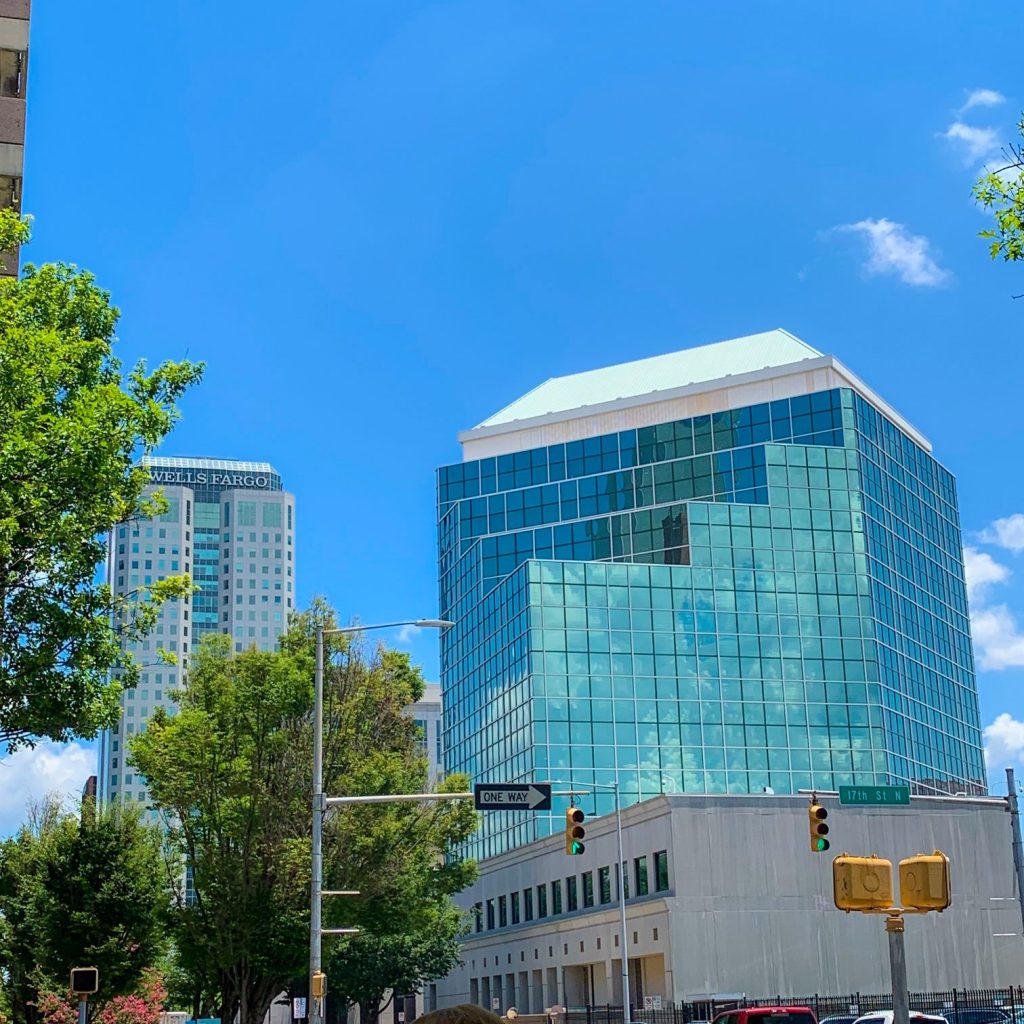 Thank you so much for checking out my Birmingham, Alabama city guide. There is so much to do in this city, and I am glad I got to spend a few days here.

Did something you love not make it on my list? Share it in the comments below, because I'd love to return and check out more stuff.

How To Have A Relaxing Vacation In Biloxi, Mississippi

The Happy Guide To Three Fun Days In Atlanta, Georgia

How To Spend 48 Hours In Montgomery, Alabama